This lesson is where it all begins to make sense.  Given the previous lessons you can probably guess what its all about at a glance.  That’s right!  The circle of fifths is nothing more than a relationship chart between all 12 diatonic scales.  Lets take a look at the circle of fifths chart.  We’ll refer to it as a clock.  C will be 12 o’clock. 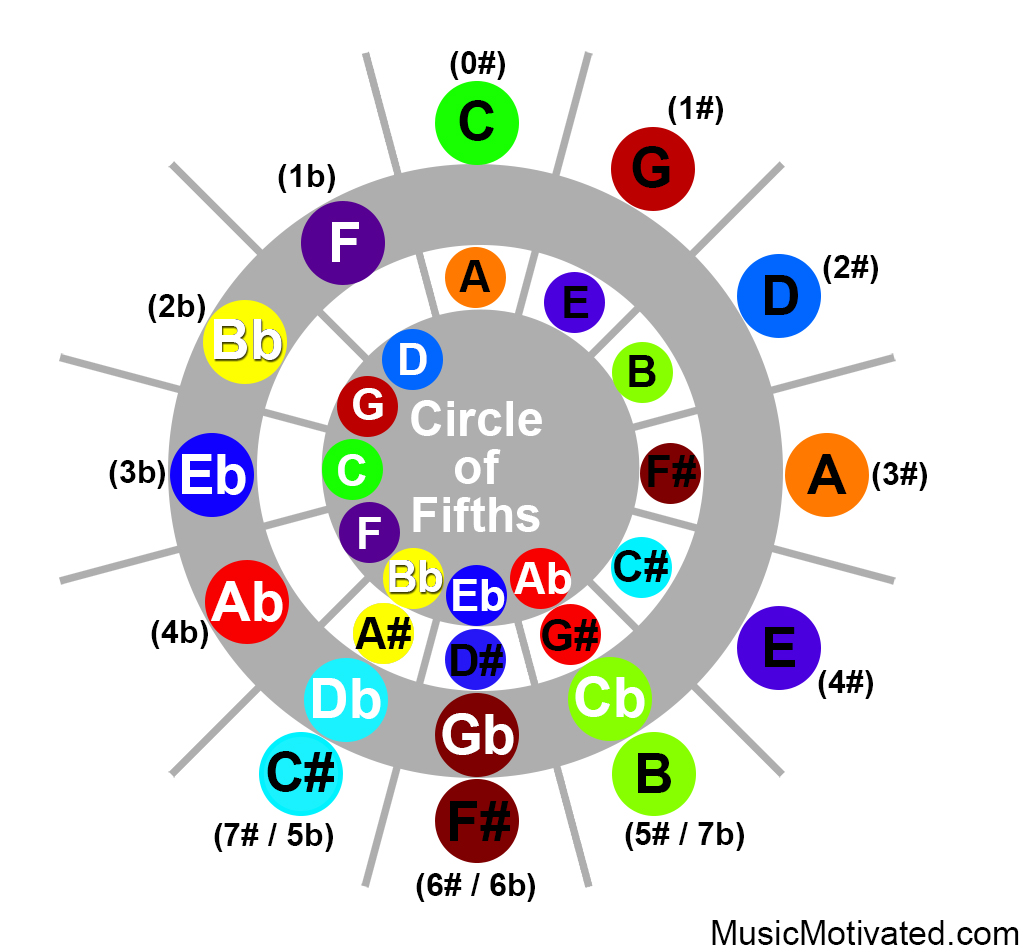 Circle of fifths with colors

So lets take a look at C Major Scale (12 o’clock).  The notes in this scale are C – D – E – F – G – A – B.   C is the tonic.  A is the relative minor.  And G is the fifth scale degree.  G is also the tonic for the next diatonic scale (1 o’clock).  In G Major Scale E is the relative minor and D is the fifth scale degree.  D is also the tonic of the next scale (2 o’clock).  This is true about the rest of the scales in the circle and that is why they call it the circle of fifths.

Now lets take a look at the circle going counter clockwise.  Lets start with C Major Scale again (12 o’clock).  The notes in this scale are C – D – E – F – G – A – B.  The fifth scale degree below the tonic is F which is the subdominant.  F is also the tonic of the previous scale F Major Scale (11 o’clock).  This makes the subdominant a perfect pathway into the previous scale.