In the previous lesson, about scales, we narrowed down the number of pitches that can be used to compose an entire song. In this lesson we will use C Major Scale to build chords. Chords are two or pitches played at the same time to create a harmonic sound. Every chord contains a root note and at least one more note to harmonize the root note. There are dozens of different chords that can be build using a single scale. The most popular types of chords are the major chords, minor chords and the diminished chords. These are called triads because they use three different notes. Other popular, but more advance, chords are the major 7th chords, major 9th chords and sus chords. 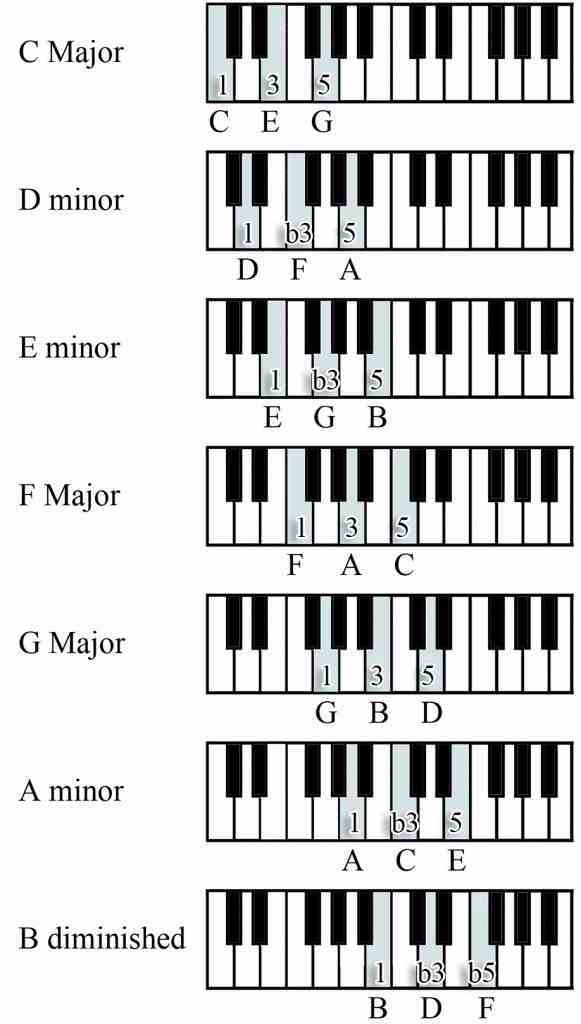 The first thing you should notice about the chart above is the three basic triads, major, minor and diminished.  Lets analyze the C Major chord first.  Notice that there are three keys between the root note ‘C’ and the 3rd note ‘E’ and two keys between the 3rd and the 5th note ‘G.’ This is true to the F Major chord and the G Major chord.

The last thing to take note of is that all the chords use only notes that make up the C Major scale.  So in the example of C Major Scale we only use C – D – E – F – G – A – B which are all white keys on a piano.

Below is a chart of the many different chords you will learn how to play using our piano and bass cheat sheets.  In the chart you can find the chord types, formulas used to get that chord, the notes that make up that chord and the chords suffix.

The idea of inversions in simply to rearrange the order of the notes in a chord. There are three main types of inversions root position, 1st inversion and 2nd inversion.  Root position is the chords natural way of playing the triad.

Below is an image of C Major chord played 3 different ways. 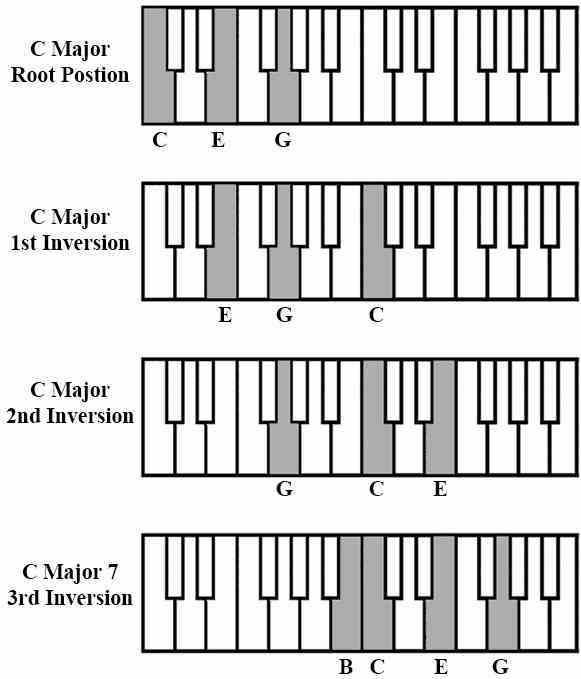 Inversions can help transition between chords and can even be used just to spice up the harmonics sound of the chord. But the main idea is that chords don’t only have to be played in root position.