Want to play ukulele, soprano, concert, tenor and baritone in Eb scale, like a pro? Then you will find this Eb Major chart useful when playing chords.

Begin playing the Banjo in the scale of Eb Major today. These charts map out the notes of Eb Major scale on a Banjo fretboard.

Play Folk or bluegrass with a mandolin in the key of Eb scale. These charts map out the notes of Eb major scale on a Mandolin Fretboard. 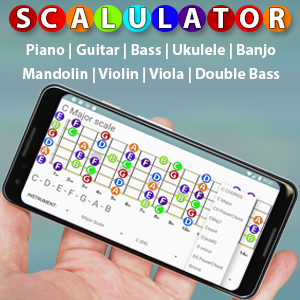